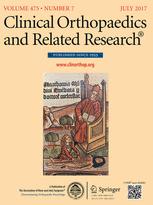 Above-knee amputation (AKA) is a rare but devastating complication of TKA. Although racial disparities have been previously reported in the utilization of TKA, it is unclear whether disparities exist in the rates of AKA after TKA.

Using National Inpatient Sample data from 2000 to 2011, AKAs resulting from complications of TKA were identified using a combination of International Classification of Diseases, 9th Revision procedure and diagnosis codes. Of the 341,954 AKAs identified, 9733 AKAs were the result of complications of TKA (septic complications = 8104, aseptic complications = 1629). Standardized AKA rates were calculated for different age and gender- racial groups by dividing the number of AKAs in each group with the corresponding number of TKAs. Standardized rate ratios were calculated after adjusting for demographics and comorbidities.

The rising demand for TKA has led to an increase in the number of AKAs performed for complications of TKA in the United States. Although we did not find an increase in the rate of AKA during the study period, certain populations, including black men and patients older than 80 years and younger than 50 years, had higher rates of AKA. Further studies are required to understand the reasons for these disparities and measures should be undertaken to eliminate these disparities.