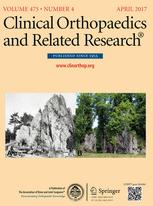 Do Radiographic Parameters of Dysplasia Improve to Normal Ranges After Bernese Periacetabular Osteotomy?

The goal of periacetabular osteotomy (PAO) is to improve the insufficient coverage of the femoral head and achieve joint stability without creating secondary femoroacetabular impingement. However, the complex tridimensional morphology of the dysplastic acetabulum presents a challenge to restoration of normal radiographic parameters. Accurate acetabular correction is important to achieve long-term function and pain improvement. There are limited data about the proportion of patients who have normal radiographic parameters restored after PAO and the factors associated with under- and overcorrection.

(1) What is the proportion of patients undergoing PAO in which the acetabular correction as assessed by the lateral center-edge angle (LCEA), anterior center-edge angle (ACEA), acetabular inclination (AI), and extrusion index (EI) is within defined target ranges? (2) What patient and preoperative factors are associated with undercorrection of the acetabulum as defined by a LCEA < 22°, a factor that has been reported to be associated with PAO failure at 10-year followup?

Between January 2007 and December 2011 we performed 132 PAOs in 116 patients for treatment of symptomatic acetabular dysplasia. One patient with Legg-Calvé-Perthes disease, one with multiple osteochondromatosis, and two with concomitant femoral osteotomy were excluded. A total of 128 hips (112 patients) were included. The hip cohort was 76% (97 of 128) female and the mean age at surgery was 28.5 years (SD 8.7 years). Correction of LCEA between 25° and 40°, ACEA between 18° and 38°, Tönnis angle between 0° and 10°, and EI ≤ 20% were defined as adequate based on normative values. Values lower than the established parameters were considered undercorrection for the LCEA and ACEA and those higher than the established values were considered overcorrection. Because postoperative LCEA < 22has been previously associated with PAO failure at a minimum of 10-year followup, in this study we sought to measure whether demographic factors including age, gender, body mass index, and severity of acetabular dysplasia assessed by preoperative LCEA, ACEA, AI, and EI were associated with undercorrection. Postoperative radiographs were obtained at minimum of 1 month after surgery (mean, 7 months; range, 1–44 months) and were measured by a professional research assistant and a hip reconstruction fellow not involved in the clinical care of the patients. No patient was lost to followup.

Acetabular correction after PAO performed by two experienced surgeons was adequate for individual radiographic parameters in most but not all hips. Hips with more severe dysplasia preoperatively are at higher risk for undercorrection as assessed by the LCEA. This intuitive information may help surgeons performing PAO in severely dysplastic hips plan for possible combined procedures including a femoral osteotomy if PAO alone does not allow for adequate correction of femoral head coverage and a congruous concentric hip. Further studies are planned to determine whether the long-term hip function and pain in patients whose hips were corrected within these established parameters will be improved in comparison to those that were under- or overcorrected.