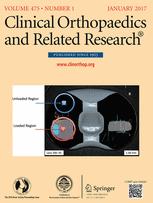 The John N. Insall Award: Do Intraarticular Injections Increase the Risk of Infection After TKA?

Infection after total knee arthroplasty (TKA) can result in disastrous consequences. Previous research regarding injections and risk of TKA infection have produced conflicting results and in general have been limited by small cohort size.

The purpose of this study was to evaluate if intraarticular injection before TKA increases the risk of postoperative infection and to identify if time between injection and TKA affect the risk of TKA infection.

The Humana data set was reviewed from 2007 to 2014 for all patients who received a knee injection before TKA. Current Procedural Terminology (CPT) codes and laterality modifiers were used to identify patients who underwent knee injection followed by ipsilateral TKA. Postoperative infection within 6 months of TKA was identified using International Classification of Diseases, 9Revision/CPT codes that represent two infectious endpoints: any postoperative surgical site infection (encompasses all severities of infection) and operative intervention for TKA infection (surrogate for deep TKA infection). The injection cohort was stratified into 12 subgroups by monthly intervals out to 12 months corresponding to the number of months that had elapsed between injection and TKA. Risk of postoperative infection was compared between the injection and no injection cohorts. In total, 29,603 TKAs (35%) had an injection in the ipsilateral knee before the TKA procedure and 54,081 TKA cases (65%) did not. The PearlDiver database does not currently support line-by-line output of patient data, and so we were unable to perform a multivariate analysis to determine whether other important factors may have varied between the study groups that might have had a differential influence on the risk of infection between those groups. However, the Charlson Comorbidity index was no different between the injection and no injection cohorts (2.9 for both) suggesting similar comorbidity profiles between the groups.

Injection before TKA was associated with a higher risk of postoperative infection and appears to be time-dependent with closer proximity between injection and TKA having increased odds of infection. Further research is needed to better evaluate the risk injection before TKA poses for TKA infection; a more definitive relationship could be established with a multivariate analysis to control for other known risk factors for TKA infection.