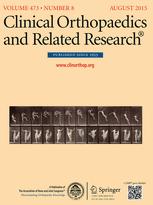 Are Changes in Composition in Response to Treatment of a Mouse Model of Osteogenesis Imperfecta Sex-dependent?

Osteogenesis imperfecta (OI) is a genetic disease characterized by skeletal fragility and deformity. There is extensive debate regarding treatment options in adults with OI. Antiresorptive treatment reduces the number of fractures in growingmice, an animal model that reproducibly mimics the moderate-to-severe form of OI in humans. Effects of long-term treatments with antiresorptive agents, considered for treatment of older patients with OI with similar presentation (moderate-to-severe OI) are, to date, unknown.

Fourier transform infrared (FTIR) imaging, which produces a map of the spatial variation in chemical composition in thin sections of bone, was used to address the following questions: (1) do oim/oim mice show a sex dependence in compositional properties at 6.5 months of age; (2) is there a sex-dependent response to treatment with antiresorptive agents used in the treatment of OI in humans; and (3) are any compositional parameters inmice corrected to wild-type (WT) values after treatment?

FTIR imaging data were collected from femurs from four to five mice per sex per genotype per treatment. Treatments were 24 weeks of saline, alendronate, or RANK-Fc; and 12 weeks of saline + 12 weeks RANK-Fc and 12 weeks of alendronate + RANK-Fc. FTIR imaging compositional parameters measured in cortical and cancellous bones were mineral-to-matrix ratio, carbonate-to-mineral ratio, crystal size/perfection, acid phosphate substitution, collagen maturity, and their respective distributions (heterogeneities). Because of the small sample size, nonparametric statistics (Mann-Whitney U- and Kruskal-Wallis tests with Bonferroni correction) were used to compare saline-treated male and female mice of different genotypes and treatment effects by sex and genotype, respectively. Statistical significance was defined as p < 0.05.

The optimal drug therapy for long-term treatment of patients with moderate-to-severe OI is unknown. Based on bone compositional changes in mice, antiresorptive treatments are useful for continued treatment in OI. There is a reported sexual dimorphism in fracture incidence in adults with OI, but to date, no one has reported differences in response to pharmaceutical intervention. This study suggests that such an investigation is warranted.