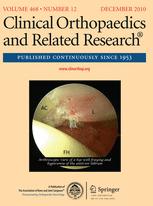 Elevation of the Femur in THA Through a Direct Anterior Approach: Cadaver and Clinical Studies

The direct anterior approach in THA is an intermuscular approach that requires no muscle detachment. However, it is difficult to elevate the proximal femur for access to the femoral canal.

We asked (1) which part of the capsule should be released to allow effective elevation of the proximal femur; (2) whether the release of the internal obturator tendon allows elevation; and (3) whether hip hyperextension reduces the ability to elevate the femur.

Superior capsule release was most effective of all releases for elevating the proximal femur in the direct anterior approach.